Police Interview- Should You Take Part In One? 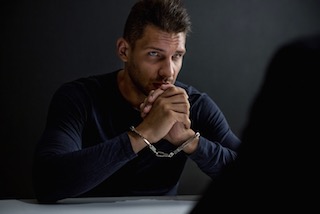 Contact us for your free first consultation with a criminal lawyer by completing the form below, or phone 1800 529 000.

Is there any benefit to you in participating in an interview with police?

The law says when the Court sentences a person for a criminal offence, it must have regard to how much help the person gave to police in investigating the offence or other offences. So, if you participate in an interview with police and tell them things in relation to the offence, the Court has to have regard to it.

Do you need to participate in an interview with police?

No. In Queensland you do not have to take part in an interview with police, no matter what anyone tells you. Remember, you can exercise your legal right to silence. The law says if police ask you questions about an indictable offence you DO NOT have to say anything.

If I do not participate in an interview with police can this be used against me?

What are the risks of participating in an interview with police?

If you take part in an interview with police, there are several risks for you. These risks can detrimentally affect your case and potentially what a lawyer can do for you.

1. Any admissions made by you against your own interest can be used by the prosecution to prove the offence. People can be convicted based on their own admissions and nothing else. Persons who take part in interviews with police only make the job of a police officer easier.

2. You will have no clue what questions you will be asked. This means you will respond to questions on the spot. You do not have time to think about how you will respond to the questions. You will not know how you will respond to the questions you are asked. The police believe you have committed the offence, and this is why they want to ask you questions. The first time you speak to police you are likely to be nervous and anxious. When this happens, people sometimes say things they later regret. The risk with this, is once you say something to police, it is impossible to take it back. If you say something detrimental to your case, the prosecution will use it to your detriment. For example, if you go to trial the prosecution will play your interview to the jury.

3. You will not know if the police has any evidence to prove you committed the offence.

5. You do not know if the police has any witnesses to the offence. Even if they do, you will not know what they say.

6. You do not know if the police has any forensic evidence (e.g. fingerprints, DNA etc.). Even if the police do, it may prove nothing against you, and it could prove someone else was involved.

8. Things you say may be misinterpreted by others (such as a jury) who listen to your interview with police. The danger with this, is you may think you mean one thing, but the police and a jury may interpret it to mean something difference and detrimentally for you.

SPEAK TO THE EXPERT BRISBANE CRIMINAL LAWYERS BEFORE DOING 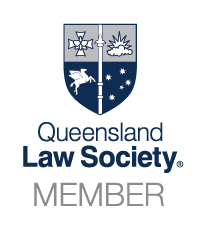